Jillian Michaels and L.L. Cool J walk into a bar. Jillian asks, “Do you really use all those periods in your name, or am I thinking of L.L. Bean?” I mean, Jillian says, “I’m gonna knock you out!” Wait, that’s not really a good joke either. I guess I have that song in my head after watching a couple rounds of Happy Feet 3. Mama did knock something out today and it was more than just two kids napping at the same time. Lordy, Lordy!

I downloaded Jillian Michael’s Kickbox Fast Fix on to my Kindle (thanks for the suggestion, Jessica!) If you are looking for a high energy, fast paced workout, this is the one you’ll want. You’ll also want to get your hands on some Meth first, I have no idea how human bodies can move that fast. 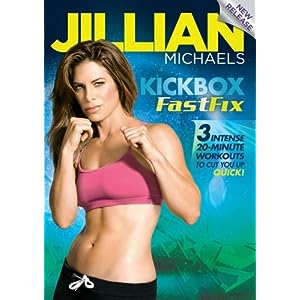 I do have to say that all this healthy food has given me more energy to exercise, which is something totally new to me. I’ve always had to drag myself to sweat, but now I have this energy that is dying to get out. Am I being annoying? Probably, let’s talk about something else.

I took the kids to get some Starbuck’s this morning. They were begging for scones, not coffee. When someone asks me to take them to Starbucks (or Peet’s) I always say yes. Always. Max fell off his chair and hit his head on a stroller tire, and we had created enough crumbs to lead Hansel and Gretel to Blackhawk, so we made our stay short.

We are lucky enough to live near Blackhawk Plaza, which is an outdoor shopping center loaded with fish, ducks, swan(s?), a playground, a toy store and lots of beautiful scenery.

Here’s what it looks like during one of their summer concert nights. This place is beautiful, day or night. Stores come and go, and I’m guessing it is because the rent is outrageous. I really think that store owners forget that rich people get rich by not spending.

*Added note. We are by no means rich. We are probably the poorest family in this zip code. I hate to say stuff like that, because poor should mean reusing disposable diapers (which I’ve heard stories about). Poor shouldn’t mean we don’t have a million dollar home.

**Spinning off on this topic for a minute. Do you ever start to label something really stupid as the bane of your existence? I was telling myself this morning that the dumb salad spinner was totally the bane of my existence. Why is it so hard to rinse the little lettuce bits out? Then, I stopped and thought about how God should probably slap me around for a bit. I should be lucky enough to have salad to eat. I should be lucky enough to have eyeballs to look at my salad spinner!

***Going a little further off the digressing edge. Sorry to friends and family who are Jewish (in particular) and are supposed to spell God like G-d or g-d or something. I hope it isn’t offensive that I don’t write it that way.

Alright, back to Blackhawk. The ridiculously overpriced grocery store, Draeger’s, sells duck food for $2 a box. It’s worth buying, the ducks have been stuffed with people’s left over bread for so long that they must have become gluten intolerant. There are lots of signs around the center instructing visitors to buy the darn box of food and quit feeding the ducks Wonder bread already!

I guess no one has fed those ducks lately, they saw the white box in Dallas’ hands and they came a running! Dallas threw out handfuls of seeds and ran away from the charging little guys. It was hilarious to hear him scream, “Help!” and watch 30 or so duck tails wiggle-waggle their way behind him. It’s probably one of the few times hearing your kid yell the word help is funny, but I wasn’t the only one laughing!

They both melted down as we left the toy store we stopped to visit. But, that is to be expected.

It was Max’s turn to freak out, so he screamed his head off about pizza, which he has finally stopped calling “tulla”.

So, you can understand why a good kickboxing was in order. Even if I had to do it in my tiny kitchen with the blinds closed. Even if I stopped twice to get Max back to sleep. We are working on three hour naps today and I am pretty close to mom heaven. (Other than the mani/pedi, clean house, clean laundry, shopping done and salad spinner stuff…)

Happy St. Patrick’s Day! I don’t celebrate the saint that drove the Protestants from Ireland, because I would have been one of those pushed away. I do however, celebrate all (other) things Irish. Our last name was originally O’Nolan and I’ve asked many, many times if we could just change it back to that. You know, to make Jy’s ancestor’s happy and all. That, and people would stop saying “Nolan” instead of “NOWlin.”

So much for food talk. My head is spinning with “My husband gets home from his trip” endorphins. Later gators!