Those are today’s stats. Apparently, 10-20-30 doesn’t just happen on its own. I had one, ONE serving of fruit today and zero vegetables. I usually have at least four or five. Today, my food sponsor was…

We ate Costco pizza at a super fun birthday party around 11 am. It was at this wonderful party where the sweet Katherine, introduced my family to Buffalo Chicken Dip. I think I said, “Holy. Crap.” about twenty times this morning. Each time was in between dip bites. I have never had this ridiculously addicting dip before, have you?

Apparently, the rest of the world knows about the delicious, spicy Franks Red Hot Buffalo Chicken Dip recipe. Just google it, you’ll see. It looks really easy and hey, I even found a “light” version over at Skinny Taste! 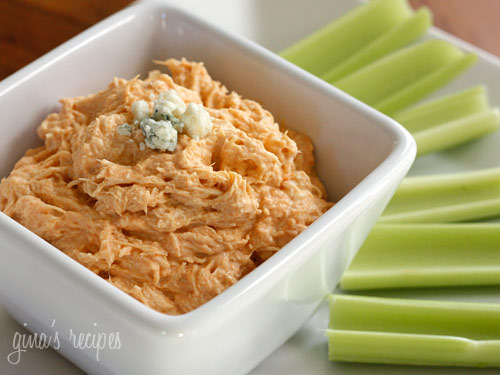 So that was lunch, pizza and lots of dip. Lunch was followed by more yuminess, a cookie cake! We all crashed at home and before hitting Costco for some produce I ate two pieces of cinnamon raisin bread. Too far of a stretch to call the raisins a fruit.

Two cranky kids and Costco on a Saturday? Smart idea, huh? Luckily, Jy was there to bring us all hot dogs and fountain drinks while we shopped. Mmm…crap.

See, junk food is so bad for you that it wreaks havoc on your vocabulary, all I can say is crap tonight. Crap, crappity, crap, crap.

Speaking of, did you know that my dad used the word crap in a wedding speech? It was at MY wedding! He said that my husband let our dog crap in my parent’s yard. Guess the crap word runs in the family. 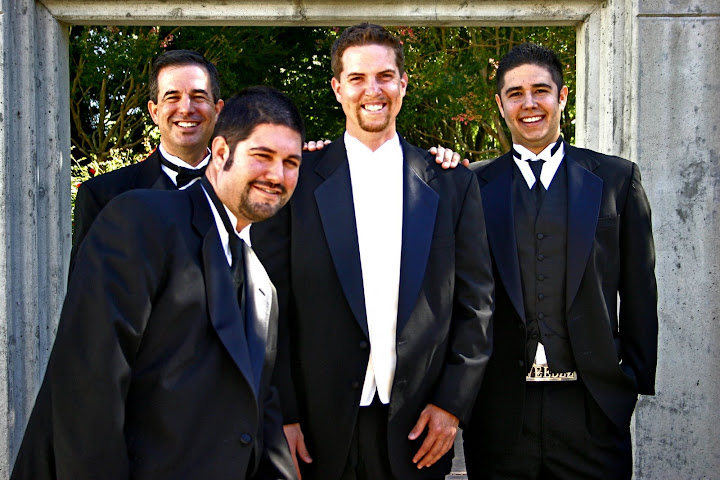 Jy with my dad and brothers on our wedding day.

The majority of today’s fiber all came from shredded wheat. The exercise was put off until night and well, you know how that goes.
So, after a Costco stock up, here is the plan to get 10 servings of fruit & veg (that’s how the Brit’s say it, or at least Jamie Oliver does.)

and for the 20 grams of fiber…

Getting in the ten servings of fruits/veg (I know I am really heavy on the fruit) will easily help me reach the fiber goal at the same time.

And…the 30 minutes of exercise will happen after the kids are fed lunch. There, it has been written. It shall be done. Oh, we have (meaning Jy and I) added a 40 to the equations. At least 40 oz. of water. I know it doesn’t sound like much, but it is a lot more than the 12 that I typically drink.

Have a great Sunday everyone! It’s almost a new season. Enjoy your OFFICIAL last Sunday of the summer!